The supervisory board of Linde Hydraulics GmbH and Co. KG has elected Helmut Wagener (63) as its new chairman. The mechanical engineer has served as Chairman of the Bosch Rexroth AG Hydraulics Business Management Board until 2010.

The current Chairman of the Supervisory Board, Mr Jiang Kui, who is President of the Shandong Heavy Industry Group, will remain a member of the Linde Hydraulics supervisory board. Jeffrey Y. Chen will no longer hold a position on the supervisory board.

Helmut Wagener began his career in 1974 as a design and project engineer at Mannesmann. Since the mid-1980s he has held numerous management roles, initially at Mannesmann Rexroth and then later at Bosch Rexroth. In 2001, Mr. Wagener also took on management responsibilities in the company’s hydraulics division.

“Helmut Wagener’s broad industry expertise and international experience make him a valuable advisor and partner to help us shape our future development at Linde Hydraulics”, noted Shaojun Sun, Executive President of Weichai Power Company Ltd, and Gordon Riske, Chief Executive Officer of the Management Board of the KION GROUP AG. “As Chairman of the Supervisory Board, Mr. Wagener will provide a great deal of support in helping us to further develop and implement strategies to secure the long-term expansion of Linde Hydraulics’ position in the global market.”

Holding a share of 70%, Weichai Power has been the principal owner of Linde Hydraulics since 2012. Weichai Power is part of the Chinese commercial vehicle and construction machinery company Shandong Heavy Industry Group. Linde Material Handling GmbH is a company of KION GROUP AG and holds a 30% share in Linde Hydraulics. 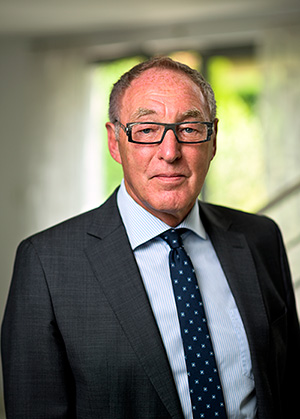