Linde Hydraulics’ After Sales at New Location in Schweinheim (Aschaffenburg)

Aschaffenburg, 18 October 2022 – Linde Hydraulics GmbH & Co. KG has relocated its After Sales Center consisting of repair and spare parts warehouse from Alzenau to Schweinheim (Aschaffenburg). Amongst other things, the “AB-GUSStech” foundry – a wholly owned subsidiary – and Linde Hydraulics’ Special Construction* are already located on this site. For the relocation of the spare parts business, several divisions in Schweinheim were moved to other halls and a 100-year-old building, which has been owned by the company since its foundation, was extensively renovated and modernised.

The initial steps were taken in spring 2022 and started with the renovation of a former warehouse into which the fettling shop** of the in-house foundry moved in the following months. The renovation included, e. g. new floors and walls, supply of electricity, water, compressed air and IT, but above all a new circulating air extraction system. Due to the tight schedule of only six months, the free space created by the move was already renovated in parallel, taking into account the protection of historical buildings.
Since After Sales historically works closely with Special Construction and both areas are now located on the same factory premises, the distances and thus the reaction times to the customer are greatly reduced. 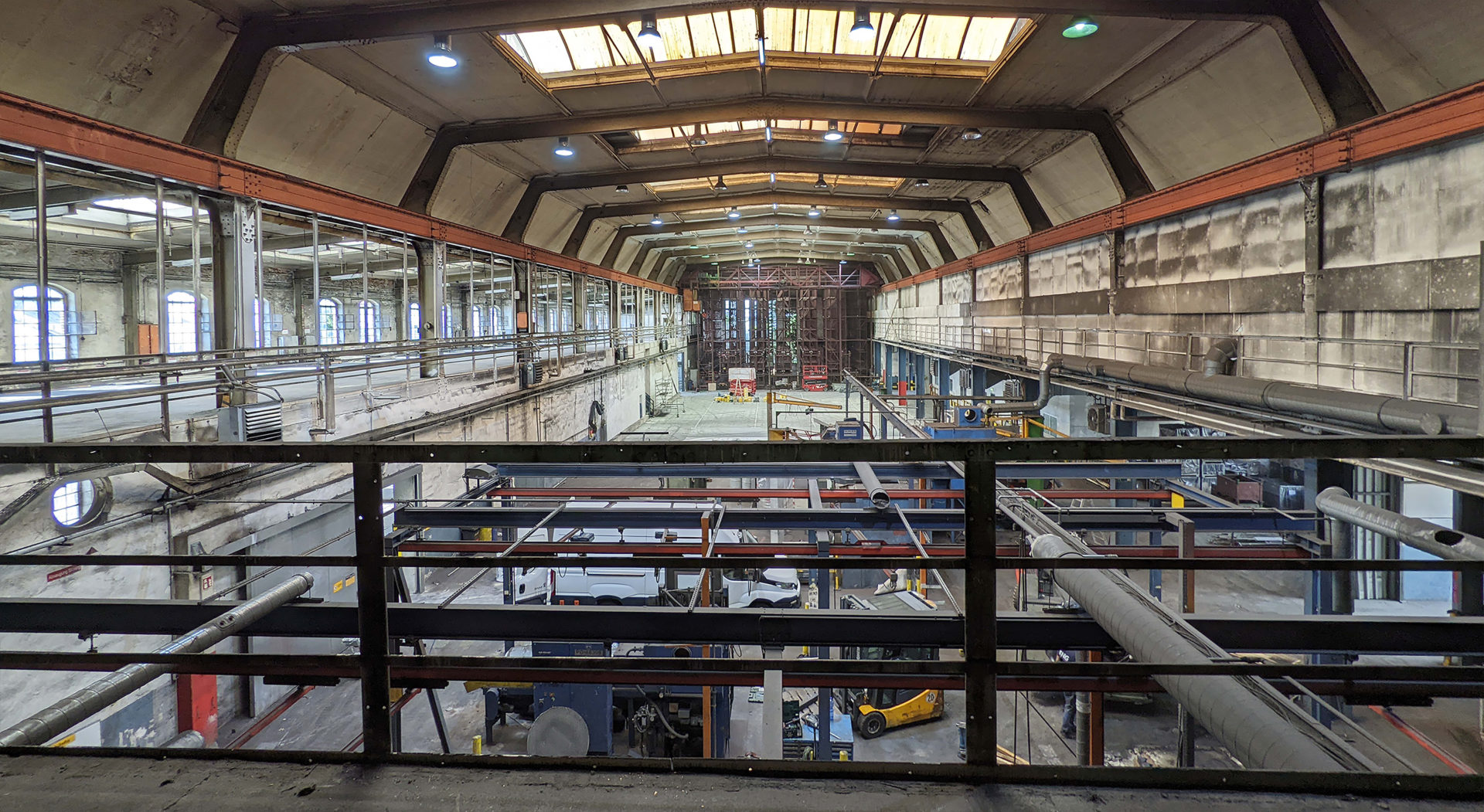 “Completing the move including renovation in six months was tight, but our project team did a great job. We are very pleased that we were able to give a traditional building a new purpose. The relocation will also bring benefits for our customers, as we can now serve the spare parts business even faster thanks to improved material flow processes,” said Michael Kessler, COO of Linde Hydraulics, at the opening of the halls.

During the move to Schweinheim, investments of around €3.5 million were made – e. g. in the above-mentioned new circulating air extraction system in the fettling shop, but also in the renovation of the historic building in accordance with the preservation order. The renovated hall offers 5000m² of space for repairs and 15,000 storage places as well as potential for expansion.

*In the department “Special Construction”, special components are manufactured.
**In the fettling shop, casting after-treatment/ fettling of castings is carried out.